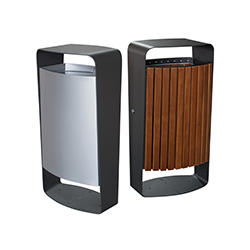 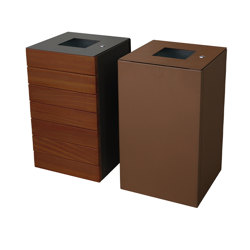 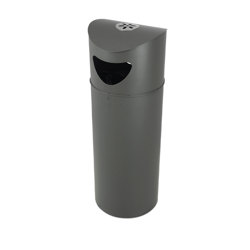 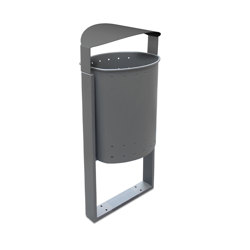 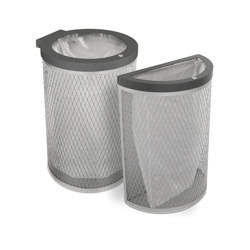 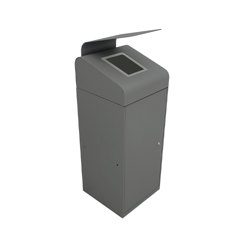 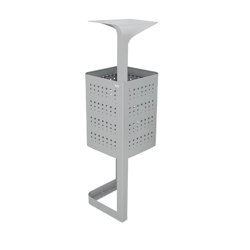 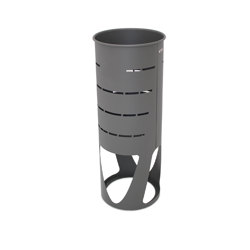 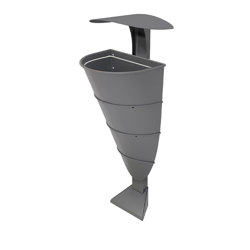 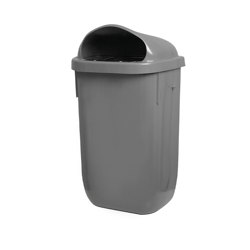 Litter Bins designed to be on the street

Urban litter bins conceived from their first drafts to be on the street. They are robust litter bins, endorsed by the High Performance Tests in real use situations. These bins include as standard or have as accessories rain hoods and ashtrays, either integrated into the bin itself or as accessories that can be installed. They can incorporate a security key lock, which prevents access to the interior of the bin. Some of them have front opening systems with front sliding rings or metal buckets that hold the bag and hide it from the outside. The rest of them have a top opening system with rings or buckets that hold the bag and also hide it from the outside. They can be found in various sizes: small, medium and large, depending on the customer’s needs and the location where they are required. They adapt to the environment where they are going to be placed, both for their aesthetics and for the materials that compose them: galvanized steel, plastic, wood, … also including various finishing effects on steel, such as the corten effect, deployée steel, … or polycarbonate sheets that allow you to see the inside of the bin and are used in areas where there is a special sensitivity to safety.

Features that differentiate them from indoor bins

Most Cervic Environment litter bins can be installed both indoors and outdoors, however, urban bins are especially suitable for outdoors. There are several reasons, such as the robustness of the wastebasket, the accessories (like integrated ashtrays) or the fixing kits that are included in urban wastebaskets. In extreme weather situations, such as high salinity as the litter bins are installed less than 3 km from the sea or on top of boats, we have a special treatment available on the galvanized steel litter bins which we call “Extreme Treatment” that increases the resistance of the litter bin against corrosion, going from being a C4 level of High Corrosion Resistance to becoming a C5-I level Very High Corrosion Resistance (according to EN ISO 12944-5).