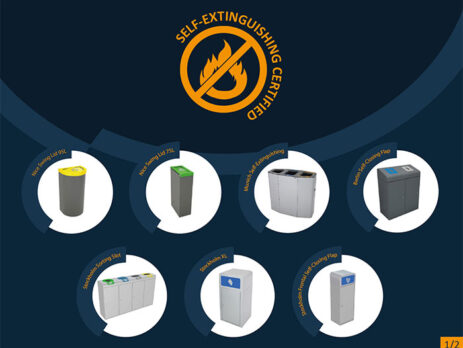 A Self-Extinguishing bin, in the case of a fire inside the bin, keeps it inside, preventing it from spreading since it extinguishes it without the need for human intervention in an autonomous way.

These bins are specially indicated for crowded places: airports, train stations, underground stations, libraries, universities, high schools, comercial centers,… where fire safety measures must be especially accurate and must act immediately and independently in the face of an outbreak of fire in order to minimize risks. In Self-Extinguishing bins, extinction occurs autonomously without depending on the human factor. 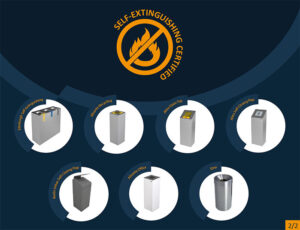